If I were to ask a group of people what’s the greatest thing in life, I would probably get as many answers as there were people. Certainly many things contribute to a full and happy life, but I hope all believers would agree that knowing God is absolutely the greatest and most important of all. Without that, everything else loses meaning.

The Apostle Paul put it this way in Philippians 3:8:

“Yea doubtless, and I count all things but loss for the excellency of the knowledge of Christ Jesus my Lord: for whom I have suffered the loss of all things, and do count them but dung, that I may win Christ.”

Think of this: Paul wasn’t a loser. He hadn’t hit rock bottom with nowhere else to go. He wasn’t turning from a life of failure and counting that as “dung.” He was one of the most educated and accomplished men of his day. He was the elite of the religious class. People knew him and they wanted to be like him.

Paul wasn’t writing just about the time before he was born again. He had been a Christian for decades at the time he wrote this. He had travelled the world and been used of God as few men ever had or ever will be. Yet here he was still seeking to know God more (Phil. 3:10).

Paul was saying that the best life had to offer and the greatest accomplishments and pursuits of any man, when compared to knowing God, ranked in the same category as manure. He was admitting that he hadn’t arrived but that he had left and was pressing toward that goal of knowing God more (Phil. 3:12-14).

What does it say, when the man who wrote half of the New Testament was still pursuing knowing God decades after his conversion? Certainly there has to be a depth of knowing God that goes far beyond just getting saved. Paul spoke of this in Ephesians when he prayed that the Ephesian Christians would come to know the height, length, depth, and breadth of God’s love (Eph. 3:18-19).

He said something very interesting in Ephesians 3:19:

“And to know the love of Christ, which passeth knowledge, that ye might be filled with all the fulness of God.”

At first glance this seems confusing. How can we know something if it passes knowledge? Paul is speaking about experiencing God’s love in a way that is infinitely greater than mere intellectual knowledge. And notice that when we experience God’s love in this way, we will be filled with all the fullness of God. What a statement!

All we have to do is look at our lack of experiencing God’s fullness in order to realize we don’t know God’s love the way Paul described it. If we did, we would be filled with all His fullness. Therefore, there is a dimension to knowing God that the average Christian hasn’t experienced. How do we get there?

First of all, we have to realize that there is more to knowing God than just becoming a Christian. Multitudes of people have received salvation, and if they were to die, they would go straight into the presence of the Lord. But they don’t know God.

They don’t know that He loves them because He is love and not because they are lovely. They think they have to earn God’s favour, and they are needlessly suffering condemnation and lack of fellowship with Him because they feel unworthy. They don’t know Him as a loving heavenly Father but see Him as a harsh taskmaster.

Many Christians think our Father is the source of all their troubles and suffering. They think He uses those problems as tools to teach them something or change their behaviour, even though the Word clearly proves the opposite (James 1:13). They don’t know their God as Healer or Provider, or in any other of the ways He manifests Himself to them. Truly, God’s people are destroyed for a lack of knowledge about Him (Hos. 4:6). 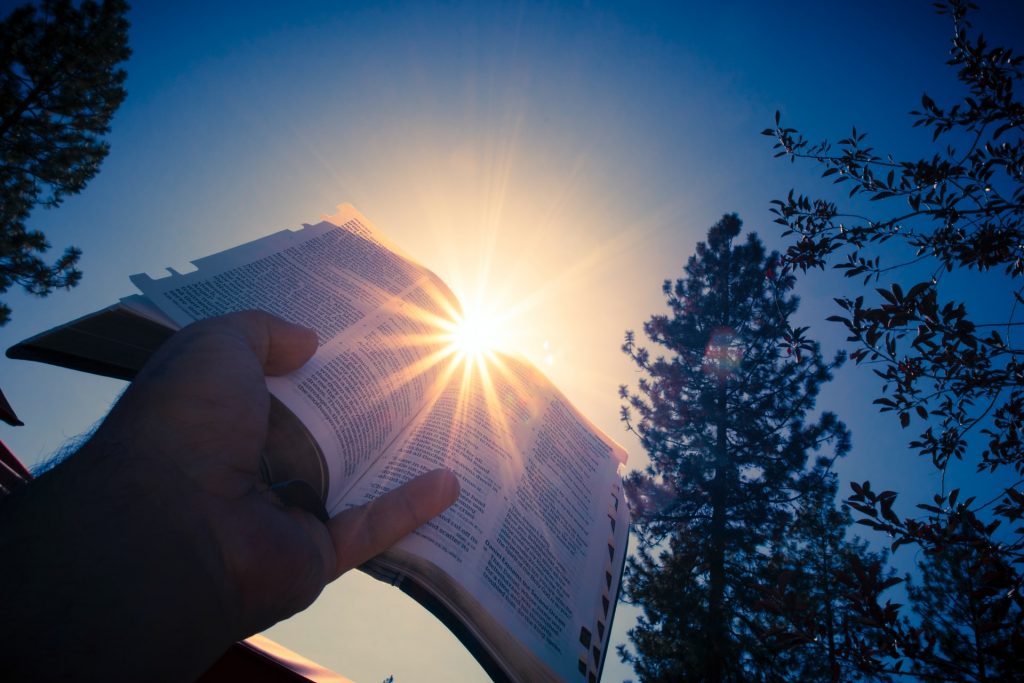 Much of the blame for this falls on the church. The Bible says in Romans 10:17,

“So then faith cometh by hearing, and hearing by the word of God.”

The church, as a whole, has proclaimed that Jesus died for us to keep us from going to hell. Now, that’s true and quite a benefit. If that’s all there was to salvation, that’s more than we deserve. I would preach that message if that was all there was, but that’s not what the Scripture teaches.

“For God so loved the world, that he gave his only begotten Son, that whosoever believeth in him should not perish, but have everlasting life” (John 3:16).

“And this is life eternal, that they might know thee the only true God, and Jesus Christ, whom thou hast sent.”

Knowing God the Father and Jesus Christ is eternal life. That doesn’t start when we go to heaven. Knowing God (eternal life) is something we can have right now (John 3:36). The word “know” is used in Scripture to describe the relationship between a man and his wife that produces a child (example: Gen. 4:1). It is speaking of intimacy. So “knowing God” is speaking of intimacy with Him.

To receive salvation and then stumble through life without experiencing intimacy with the Lord is to miss or ignore the most important part of what Jesus provided. Let me put it this way: if you received forgiveness through the sacrifice of Jesus and then continue on without an intimate, personal, close relationship with God, then according to John 3:16, you are missing the real purpose of salvation. This is where the vast majority of Christians live.

People believe they need to get saved because that’s the message they’ve heard. So, they get saved and then they get stuck. They aren’t hearing that knowing God is the real goal or that it’s even attainable. They are waiting on the sweet by and by, but struggling in the rough here and now.

Knowing God in the way I’m discussing isn’t even on the radar screen of most Christians. They aren’t pursuing it and they aren’t experiencing it. It begs the question, how do we get started in our pursuit of intimacy with the Lord? We can begin by spending time getting to know Him through His Word.

“According as his divine power hath given unto us all things that pertain unto life and godliness, through the knowledge of him that hath called us to glory and virtue: Whereby are given unto us exceeding great and precious promises: that by these ye might be partakers of the divine nature, having escaped the corruption that is in the world through lust.”

It’s through the knowledge of God that we are able to receive all things that pertain to life and godliness. He has already given them, but it’s knowing Him that allows us to partake of His divine nature, to receive all His great and precious promises, and to escape the corruption of this world. What a deal! Knowing the Word is knowing God. 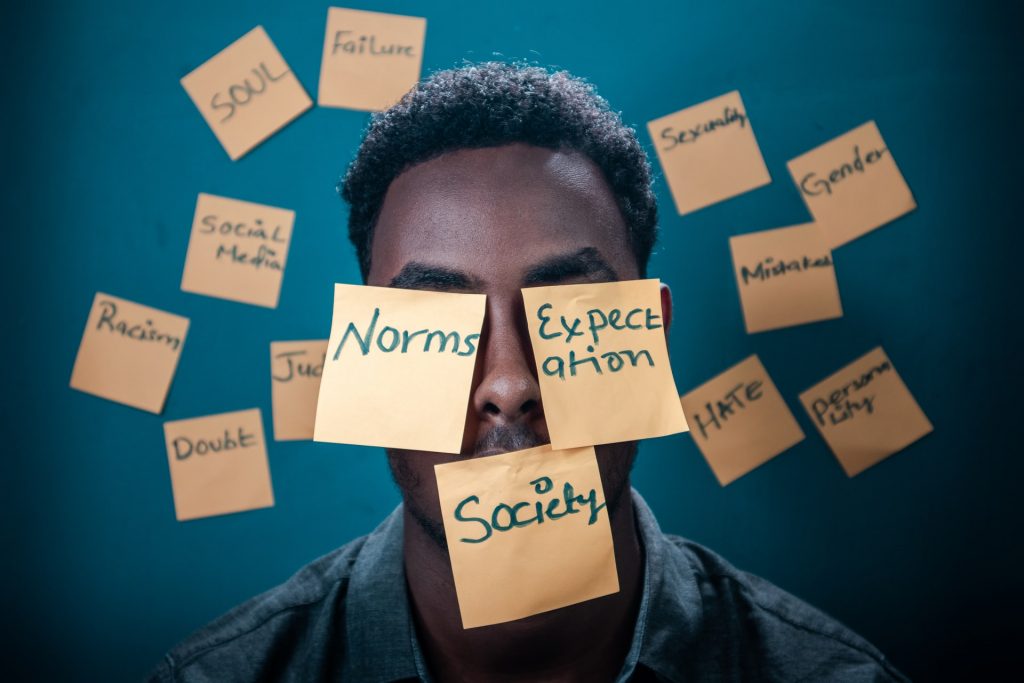 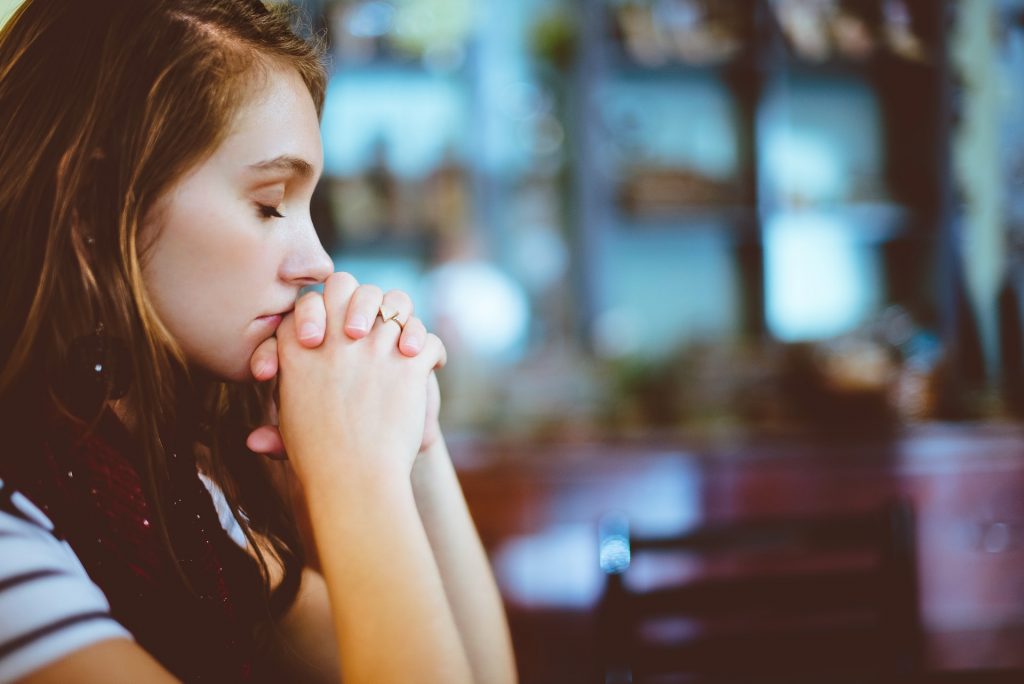 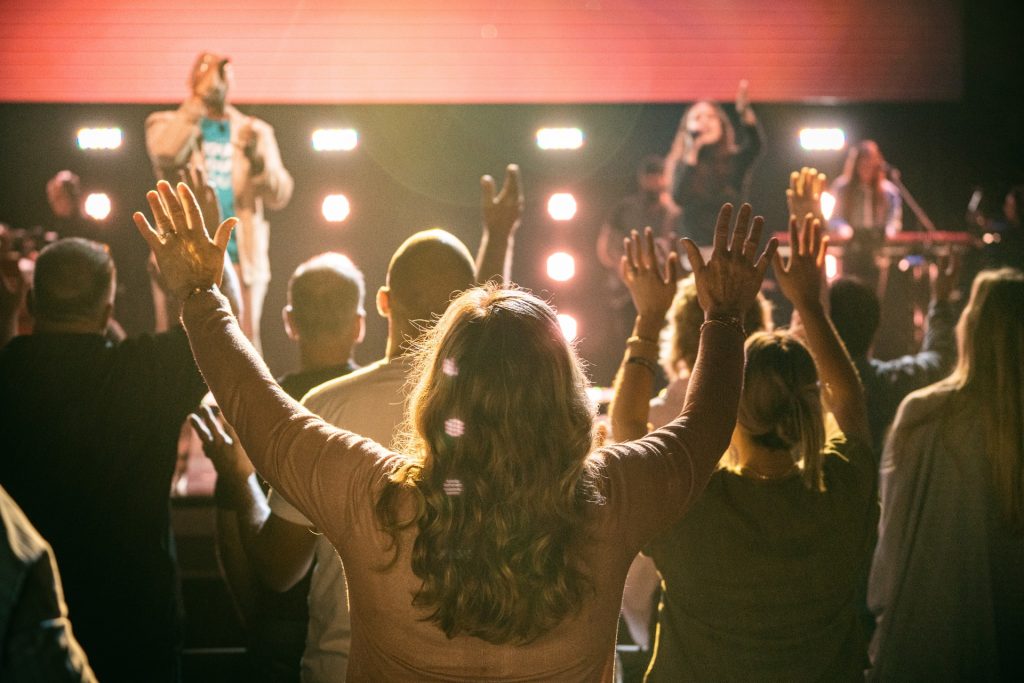 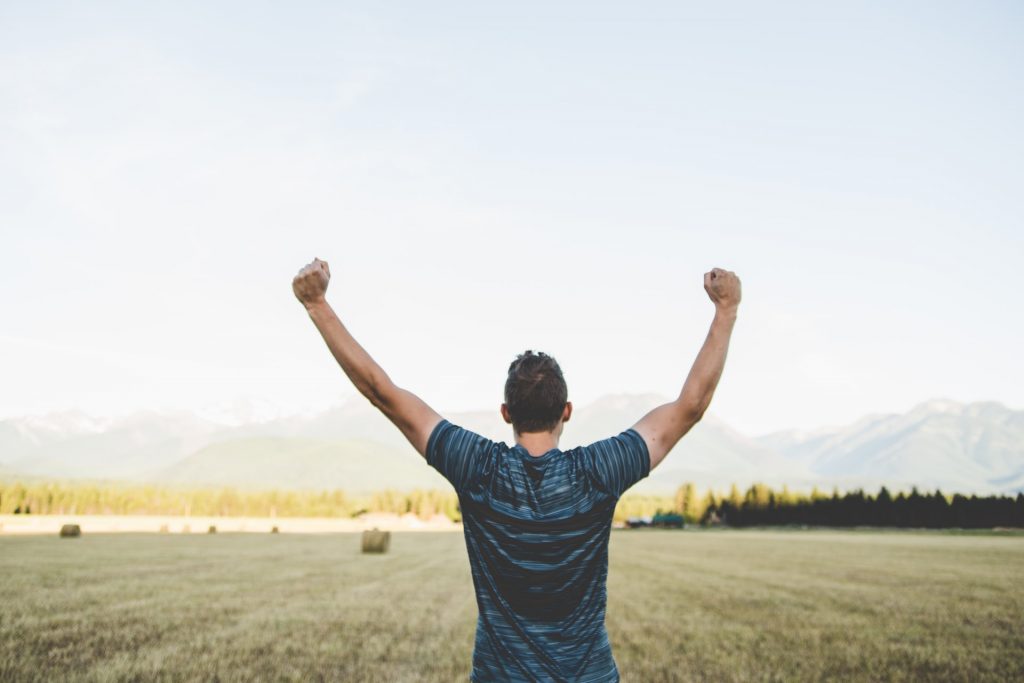 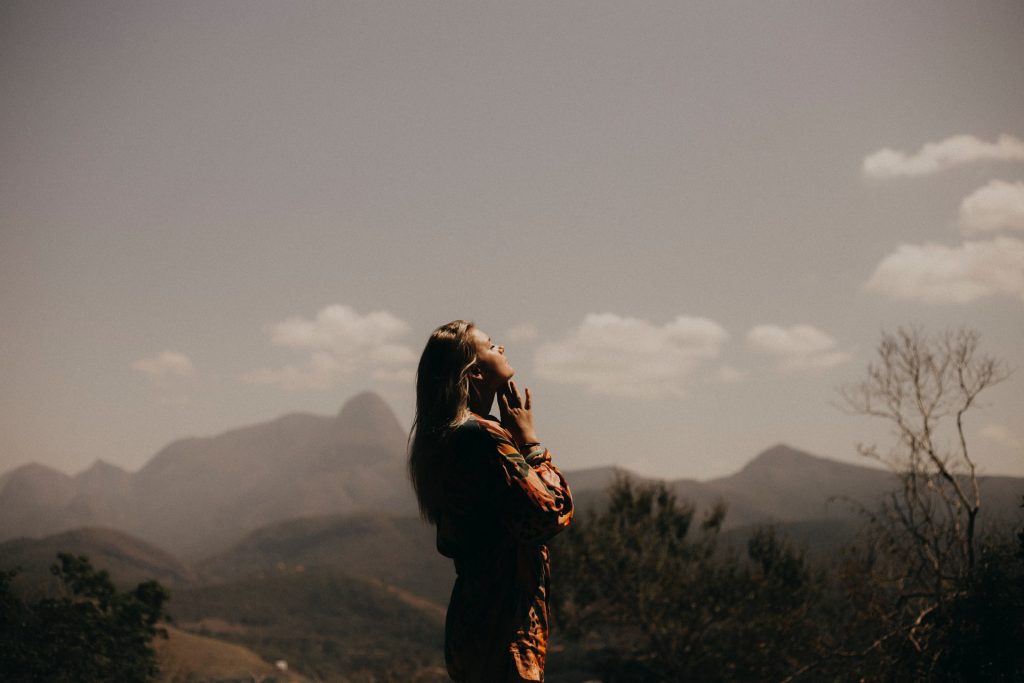 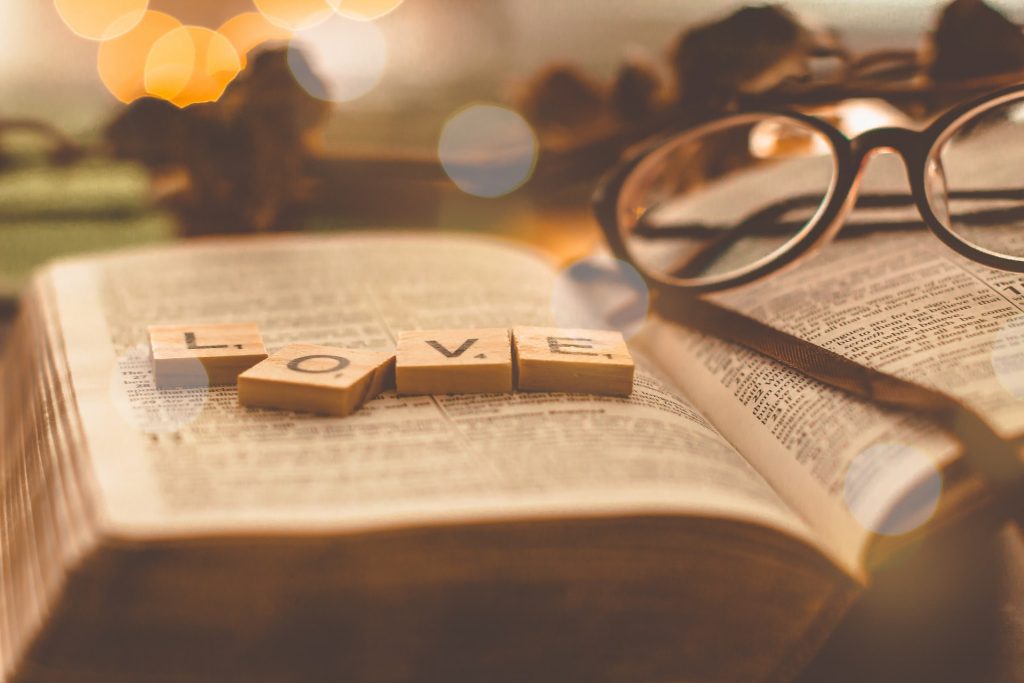